Suppose you’re a data scientist at an e-commerce web site that sells shoes, responsible for supporting A/B tests. Many A/B tests are easy, and there are a number of companies that sell tools that make the easy cases as simple as clicking a few buttons and looking at pretty graphs. But A/B tests can get statistically complex surprisingly quickly, which is why hiring data scientists with a strong statistics background can make a big difference in the quality of decisions.

This is the first in a short series of blog posts about situations that can arise when testing changes that may affect product ratings, an important and ubiquitous part of e-commerce web sites. For certain changes to our site, we may want to understand not just whether users purchase more, but also whether they’re more satisfied with the items they purchase. You care a lot about satisfaction, as it’s closely tied to future purchase rate! There are several ways we could (and should) potentially measure this, such as return-to-site rate, complaint or refund rate, etc. But a direct way to estimate satisfaction is to look at the ratings that users provide.

However, when you’re making changes to an e-commerce site, your interventions can affect ratings in complex ways. This makes A/B testing tricky.

Put all of these together, and it’s clear that ratings are a proxy for satisfaction, not a direct measurement of satisfaction, and your decision-making process should treat the data accordingly!

A challenge with ratings in e-commerce is not just that they’re an incomplete proxy, but they’re also delayed. If you order shoes from a web site, the earliest you’ll rate the item would be when you receive it, and more likely you’d rate it only after several days or weeks. And you might only rate it three months later, when you log back into the web site and are reminded of your past orders and prompted to rate them.

Furthermore, different people with different experiences differ in how they rate. Higher-priced items, where you spent a bunch of time reading reviews, might lead to a higher likelihood to rate. Items that were defective on arrival, or that were very disappointing, might lead to early, negative ratings.

Whatever you measure at the end of your A/B test is only an approximation to the eventual ratings that will trickle in, and even those ratings will be only an approximation of the true satisfaction of your customers. All of these complexities affect the validity of the signal you’re measuring.

Let’s do a quick simulation of the impact of these factors on ratings over time. We don’t need to have a realistic model for now, just a toy model to drive some intuitions. I’ll make this relatively simple:

Here’s some R code to simulate this. (Don’t worry if you don’t read R! It just implements the above and makes a graph of three views of the average rating.) 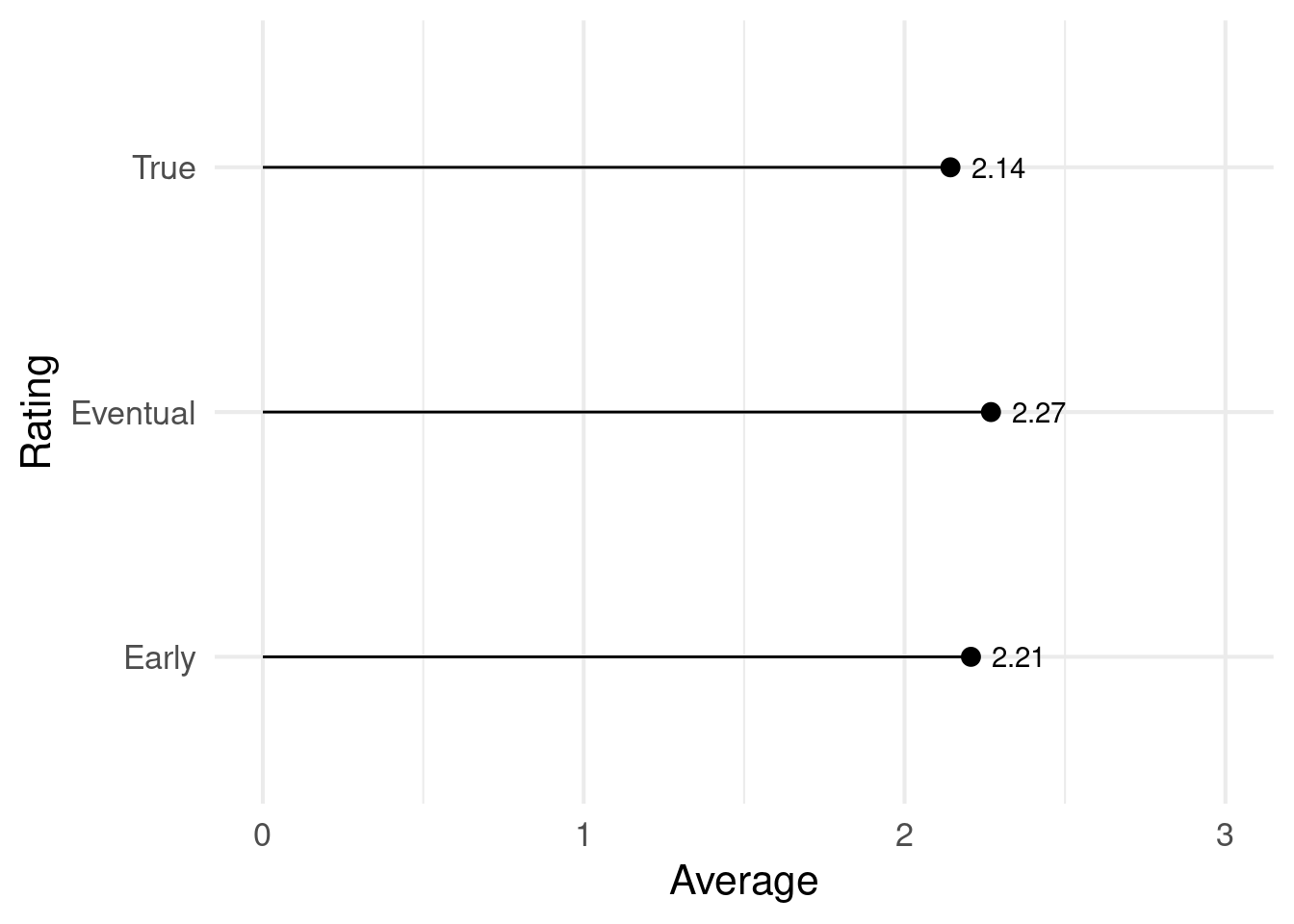 Here’s what I get out of these results, and thinking through the toy simulation.

So, what do we do about this? I don’t think there’s a one-size-fits-all answer. Not all e-commerce business are equal. A company that sells shoes might be lucky to have a 10% rating rate, while subscription services with very loyal customers, such as Rent the Runway or StitchFix, likely have much much higher rating rates. This said, here are some ideas for dealing with timing and low rating rates when ratings are a key metric for A/B tests:

There are other issues that arise with A/B testing and ratings. A fun one is: what happens if users purchase more than one item? Are your statistical tests on ratings still valid? Turns out they’re not! In my next post on this topic, I’ll explain and provide a workaround!