Let me unpack that a bit… 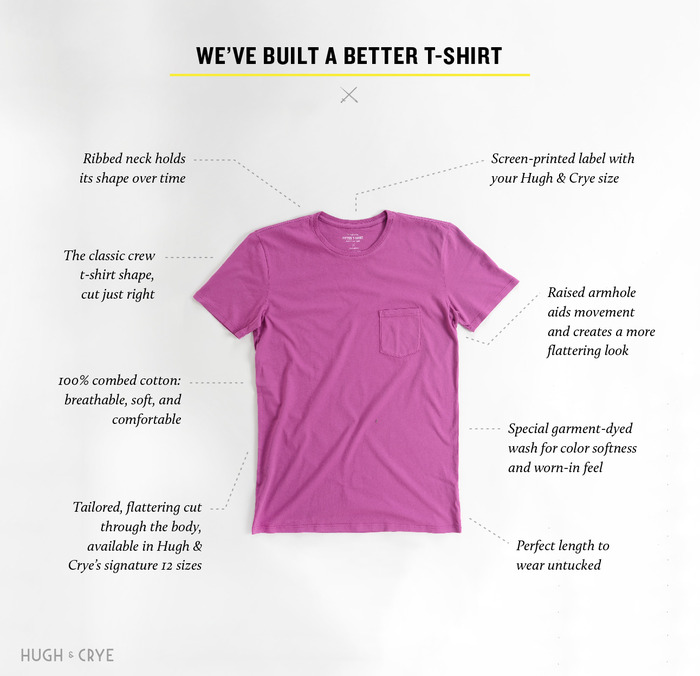 Recently, Hugh & Crye, a DC-based clothing firm for men, with a novel take on sizing, recently did a Kickstarter campaign for their new line of fitted t-shirts. What the hell? H&C has been around for about 5 years, and based on their product growth and hiring seems to be doing quite well. I like their stuff. Why do they need a Kickstarter? The original goal of Kickstarter was to “kickstart” new products by providing crowdsourced seed funding so that you (you!) can ensure that a great idea gets off the ground. And if a project doesn’t make its goals, no harm done, and no money wasted. A fantastic example is the Oculus Rift, which was a Kickstarted Virtual Reality rig, and is now a subsidiary of Facebook. Kickstarting a project is a rather labor-intensive alternative to trying to get a bank loan, or maxing out your credit cards, but with much less risk. It’s a very community-driven, authentic way of getting support for a new venture, moving it from the prototype phase to the initial manufacturing round.

Does any of this apply to Hugh & Crye? Do they need free money from the community? No, they’re clearly cash-flow positive and could get a bank loan. Do they need help figuring out manufacturing? No, clearly not. Was there any doubt that their loyal customers would fail to buy t-shirts, where the all-or-nothing nature of a Kickstarter would provide them with better understanding of the market? Heck no – they’ve been doing market research on this for years. Will the amount of money they get actually help their operations move faster? They made $53,151 – probably not.

So why are they doing it? To drum up buzz – that’s it. It’s advertising for a done-deal. Kickstarter is not a platform for advertising. The campaign is inauthentic and annoying.

(But I still supported it, because I wanted to try one of their t-shirts.) Highly related issue: food trucks from big companies. Chick-fil-A, the chicken sandwich chain, has food trucks that have drawn lots of controversy. Some of that is because of the company’s politics. But if you read comments on Facebook and Twitter, a fair amount of the criticism is because they’re inauthentic – that they’re cheapening the authentic experience of trying someone’s labor of love. That they’re insulting your hope that your favorite food truck will be successful enough to open a sit-down restaurant.

Do you have other examples that get your goat? Please leave a comment!

To close, for a great take on authenticity, you should definitely watch this great video from my new favorite YouTube Channel, the boringly-named but completely awesome PBS Idea Channel: